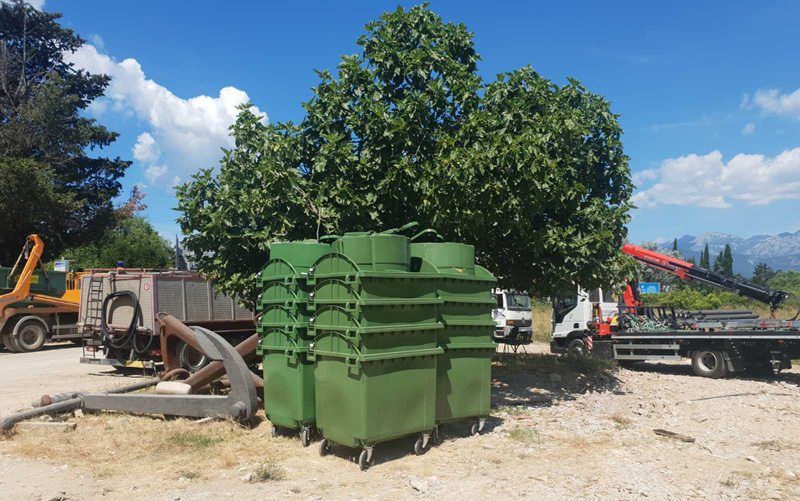 Through the project “Y O U t h d r i v e” funded by the European Union, containers were donated to the utility companies of Boka Kotorska, which will enable proper disposal in the local community. The containers were taken over by representatives of municipal and city utility companies who expressed their gratitude for the equipment that will facilitate their work in the field. By mutual agreement, the containers will be placed in the locations that are most endangered.

Thanks to the project, warning signs “No waste disposal” have been set up in order to raise the awareness of each individual and protect the environment in all three coastal cities. The boards are placed at a total of 10 locations that are most endangered due to waste disposal in places that are not intended for that.

The project “Y O U t h d r i v e” raising environmental awareness, and initiating concrete actions in the West Herzegovina and the Bay of Kotor is implemented under the IPA Cross-border Cooperation Program Bosnia and Herzegovina – Montenegro, funded by the European Union. The project partners are non-governmental organizations, the Association for Development, Environment and Culture EKO ZH from Široki Brijeg as the project holder, and the NGO NaŠa akcija, based in Kotor.